Brian Abernathy and his wife, Elizabeth, began attending OMC with their two daughters in 2015.  Much to his surprise, not long after, Brian was called to join the Catholic church.  Brian grew up outside of Boston before moving to Arkansas for high school.  After several short stints in other cities, he landed in Philadelphia in 2000.  He has adopted the Eagles, Phillies and 76ers as his hometown teams and lives in Mt. Airy with his family, two dogs and two cats.  He looks forward to Reach More and to getting to know his fellow parishioners better. 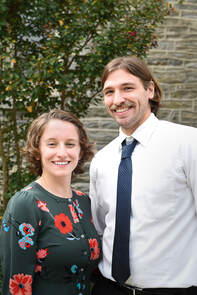 Paul and Katie joined the parish in 2018 after meeting in grad school at St. Joseph’s University. Paul is from the Baltimore area and is the school and youth minister at OMC. Katie is from Pittsburgh and works in pharmaceutical advertising. They recently got married last June here at the parish. This is their fourth year participating in ReachMore. Katie and Paul both enjoy reading, running, playing board games, attending live concerts, and spending time with family and friends. They are looking forward to welcoming their first child later this year. 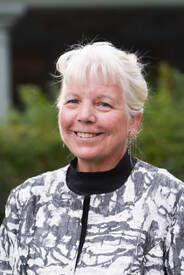 Margaret Matt Butler is a lector at OMC.  She lives in Mt. Airy with her husband, George.  She is an artist and enjoys painting and graphic design.  She creates several paintings that have religious themes.  These paintings take on a life of their own. 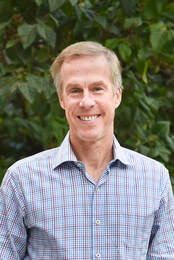 David grew up as a Protestant, but converted to Catholicism in 2018.  The combination of Bible, Tradition, and members doing good works brought him to the Faith.  David is married to Anne and lives in Chestnut Hill.  His interests center around cycling and golf. 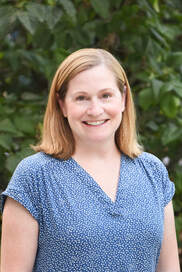 Jennifer grew up in Louisiana and moved to New York after college. She met her husband, Peter, in New York and they relocated to Philadelphia in 2004. They joined OMC Parish in 2008. Jennifer and Peter live in Chestnut Hill with their two teenage sons and their Glen of Imaal terrier, Callie. Jennifer loves knitting and making pottery.
View Other Groups